Maleficent: Mistress of Evil is a much needed diversion from the 'Sleepin Beauty' fairy tale
Skip to content
Latest News 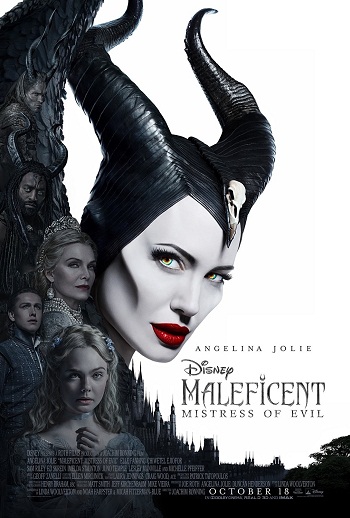 2014 saw screenwriter Linda Woolverton (Beauty and the Beast) lend a daring and smart feminist take on the tale of The Sleeping Beauty in Disney’s Maleficent, which changed the course and added weight to Disney’s live-action remakes. Cut to 2019, Maleficent is back, and that too with a bang in Maleficent: Mistress of Evil.

The film starts where its predecessor left, Aurora (Elle Fanning) becoming the Queen of the Moors, Maleficent having a change of heart, turning into a perfect mother figure for her, though she’s still considered the villain. Hell breaks loose when Prince Phillip (Harris Dickinson) proposes marriage to Aurora and she agrees with a hope to reunite Ulstead and the Moors. Maleficent reluctantly gives in to her daughter’s wishes but soon succumbs to the politics of Aurora’s would be mother-in-law, Queen Ingrith (Michelle Pfeiffer) who wishes to destroy the Moors and take full control.

Maleficent : Mistress of Evil brings in more characters, similar winged creatures and intentionally diverts from the Sleeping Beauty mythos for the better. The film has an independent storyline that was much needed in Disney’s slate of live-action remakes. Maleficent : Mistress of Evil looks like an epic fantasy film, preaching an anti-war parable with imagery that evokes that of Holocaust and features three contrasting archetypes of femininity.

Directed by Joachim Rønning, Maleficent : Mistress of Evil has stunning visuals and brilliant camera work that perfectly blends with and aids the script. The VFX are made by – MPC (VFX Supervisors: Jessica Norman, Damien Stumpf, Brian Litson and Ferran Domenech), Mill Film (VFX Supervisor: Laurent Gillet),  helmed by overall VFX supervisor Gary Brozenich. Few places it does look unreal and made up, but the film does offer a lot of dazzle. 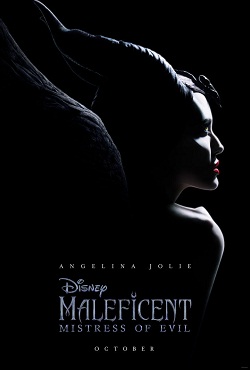 The notable cast apart from the protagonists, the likes of Chiwetel Ejiofor as Conall, Sam Riley as Diaval, Ed Skrein as Borra, Robert Lindsay as King John, and others have done justice to their respective roles. Ejiofor could have been given more screen presence and a stronger role. Pfeiffer is cold and shrewd, Fanning does her best as Aurora, but it’s Jolie who steals the show as the anti-heroine. She is strong yet vulnerable, detached yet entangled, her eyes express a lot of pain caused by deception to her.

Maleficent: Mistress of Evil also depicts the growing candid chemistry of on-screen duo Jolie and Fanning. It’s heartwarming to watch Maleficent’s dark, stormy ways in stark contrast with her Aurora’s sunny disposition. Though both of them don’t share screen space for most of the film, the moments when they do come together, makes up for the separation.

While Maleficent was a comment on the greed and violence of masculine aggression, Maleficent: Mistress of Evil uses Ingrith to explore subtler forms of manipulation to show that the face of villainy isn’t always an angry person or an outsider. Sometimes it’s a calm and shrewd mind hiding prejudices behind a garb of politeness, who gets her job done with planning, plotting and brainwashing.

The film can also be interpreted as a battle between Nature or primordial forces versus humans or civilisation or intellect. Both of it coexists striking a harmonious balance. When any one disrupts or creates an imbalance, the other wreaks havoc that leads to mass destruction. The destruction of Moors can be easily interpreted as deforestation and the adverse consequence it brings with it.

Overall, Maleficent: Mistress of Evil  leaves a mark and though it has been established as a franchise about women and empowerment, it also resonates equality and celebrates allyship of the opposite sex through Riley’s shapeshifter Diaval who’s wonderful and a humble, goodnatured Prince Phillip.

Hitting theaters today, 18 October, Maleficent: Mistress of Evil is a breath of fresh air in Disney’s slate of live-action remakes that does not lack of originality and emotion.